“It was fun trying to explain the rules to her when she first came over,” says Donal Ward with a smile when he talks about his American girlfriend, Katie, and her knowledge of Gaelic football. A daughter of Roscommon parents from Ward’s neighbouring club, she’s a native New Yorker. When she decided to move back to the USA, the Western Gaels man followed his heart across the Atlantic to set up home in the city that never sleeps.

In that time, he’s had quite the adventure, almost winning a Championship match with New York against Leitrim last year. While in boxing this year, he became the first Irish fighter in the open category to reach a New York Ring Masters Final, formally the Golden Gloves, since 1989. A competition with an iconic status in the pugilist world with the finals hosted at the world-famous Madison Square Garden.

A member of Irish international age grade teams and 4 time underage national champion, Ward decided to concentrate solely on football when he was called into the Roscommon senior panel in 2009. He made a brief and successful return to the ring in 2014, reaching the national semi-finals but at the end of last year he decided to commit fully.

Ward says he always wanted to get back into boxing but his love of Gaelic football kept him involved with Roscommon. “I always had a hunger to go back boxing, but it was hard to walk away from Roscommon when you had managers like Fergie O’Donnell and John Evans,” he reflects.

He may well have been lining up for New York against Mayo this weekend if it wasn’t for a chance meeting on the night of their defeat to Leitrim last year. “I met the guy who beat me in the 2014 Irish National Championship and he got me to his boxing club and I’ve been training hard ever since. I’m 30 now and I know in another 2 to 3 years I can still play football, but I could not stay boxing,” says Ward on why he’s sticking with the gloves rather than the ball for the immediate future.

His sporting life has brought him to some of the biggest and most atmospheric venues at home and abroad. “It’s right up there with a full house in Dr Hyde Park,” says Ward on playing for Roscommon in their home venue when asked to compare it to fighting at Madison Square Garden. “I’ll never forget the noise and atmosphere coming into the ring. All of the Gaelic football community in New York came out to support me. It reminded me of Croke Park in 2011 when we lost to Tyrone in the All-Ireland qualifier. You couldn’t hear the referee or your teammates. You don’t get to experience that atmosphere too often, it was special.” 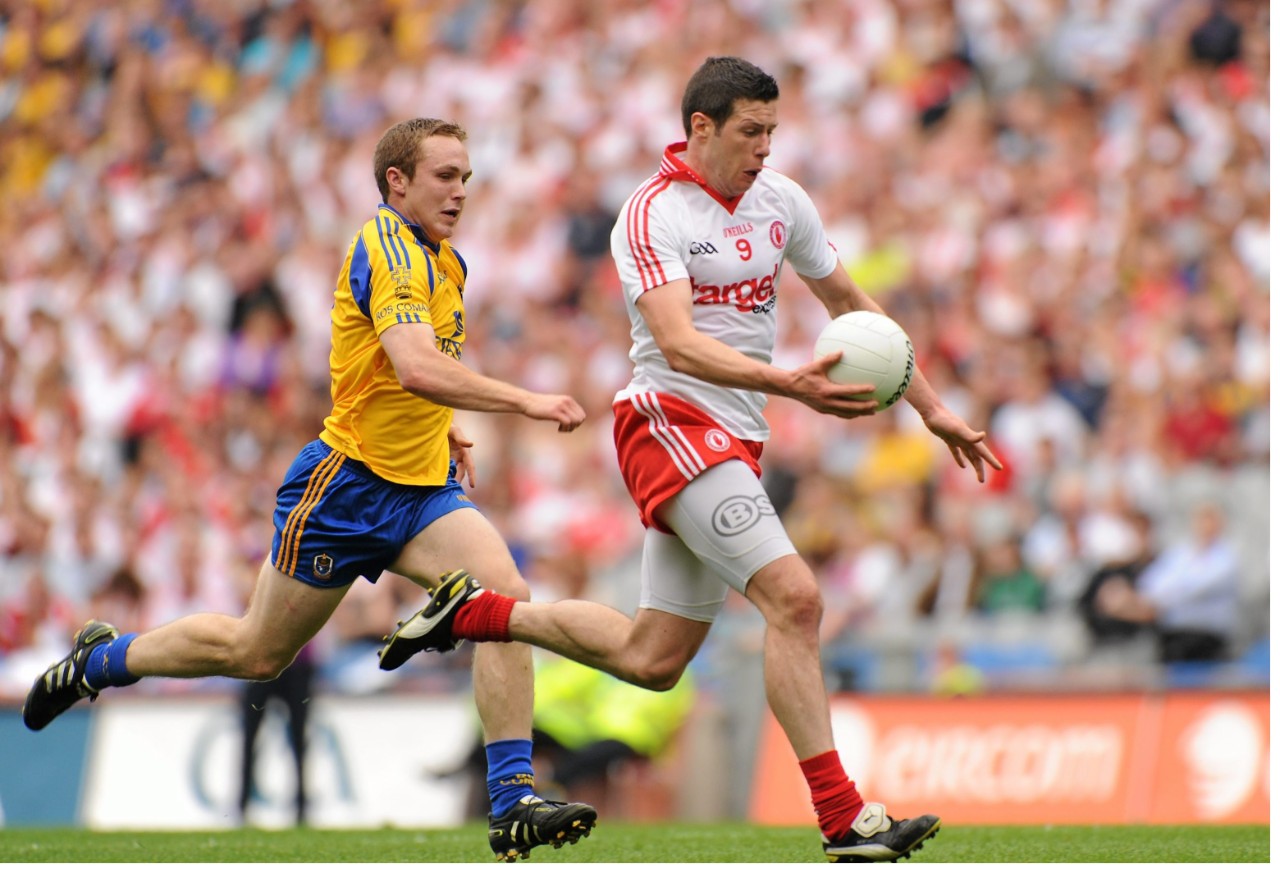 Ward’s commitment to boxing means he won’t feature for New York against Mayo this weekend. But, he will be paying close attention to the game as he hasn’t ruled out the possibility of returning to the set up in the future. He has a unique view of the New York fixture having played both for and against the Bronx-based side. He wasn’t there three years ago when the Rossies almost lost, but he was part of the team in 2011, and awarded man of the match in a one-sided win. Last year he was wing back for New York as they lost after extra time to Leitrim. There’s a stark contrast between the days leading into a Championship encounter in New York rather than in Roscommon. “In New York you could go days before meeting anyone who knows anything about football. Sometimes I like the anonymity but you wouldn’t get that at home as everyone would be on about the game”.

One of the common perceptions about New York is that their preparation is dictated by their opponents. Last year they had a realistic chance of beating Leitrim and with a team containing Armagh maestro Jamie Clarke they looked set for a win. This year they face Mayo knowing anything other than a one-sided victory for James Horan’s team would be a surprise. Ward says the team’s preparation is not affected by their opponents and that they’ll have put in the same level of commitment for this game as they would have done for Leitrim last season.

Cavan native Justin O’Halloran is the manager and driver of this team and under his tutelage they’ve come close to wins against Leitrim last year and Roscommon in 2016. In 2017 they were leading against Sligo until midway through the second half. “He’s a gentleman,” says Ward of O’Halloran. “He works very hard, he travels long distances to training and he puts in the hours. It would have been great for him if they could have won last year against Leitrim because he really puts in the effort.“ 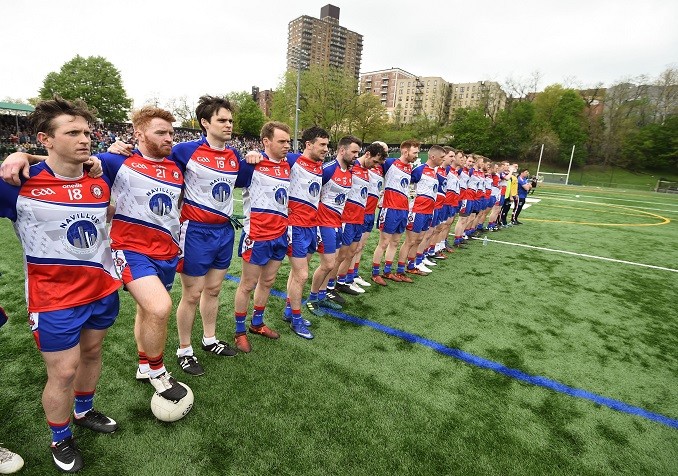 Ward hasn’t ruled out a return to the New York jersey in the next few years but for now he’s focusing on boxing. He isn’t ruling out a pro career and will take the opportunity to catch up with his old Ireland under 19 teammate Ray Moylette for a chat and some advice on going down that route.

Whether it’s in Gaelic Park in the Bronx or Madison Square Garden, don’t bet against Ward featuring in the main event in New York at some stage soon.