From Sydney Swans to Championship with Wexford

“When I was first asked into the Wexford squad I thought back to when we reached the All-Ireland semi-final in 2008. I was a diehard fan at that stage and went to every match including the league. Looking at what we did back then would make you want to play,” says Barry O’Connor, on why he jumped at the invitation to join the Wexford football panel at the start of 2018.

As a young child, O’Connor was captivated by Jason Ryan’s star-laden Wexford, who are sometimes wrongly thought of as a one season wonder. The run to the All-Ireland semi-final in 2008 was undoubtedly the high point of their journey. But, it’s easy to forget that they lost by just three points in the 2011 Leinster Final to a Dublin team at the start of their near decade of dominance. Wexford may have struggled to replicate those great days since, but the memories of such achievements provides fuel for Barry O’Connor’s burning desire.

To those outside Wexford, the name O’Connor is synonymous with the hurling fortunes of the county. His sisters Katie and Ella won a Leinster Club Camogie title with St Martin’s last season and his father George was midfield on the All-Ireland winning team of 1996, while his cousins Jack and Rory are currently part of Davy Fitzgerald’s panel. Barry himself is a decent hurler, featuring at senior level for his club St Martin’s and in the Fitzgibbon Cup with UCD this year. However, he’s quick to point out that his father played football for the county before he hurled with them and the club is a dual entity. “It’s not a case of one over the other - I always loved playing football growing up, maybe I was better at football then hurling,” he reflects, with an affable smile and giggle. 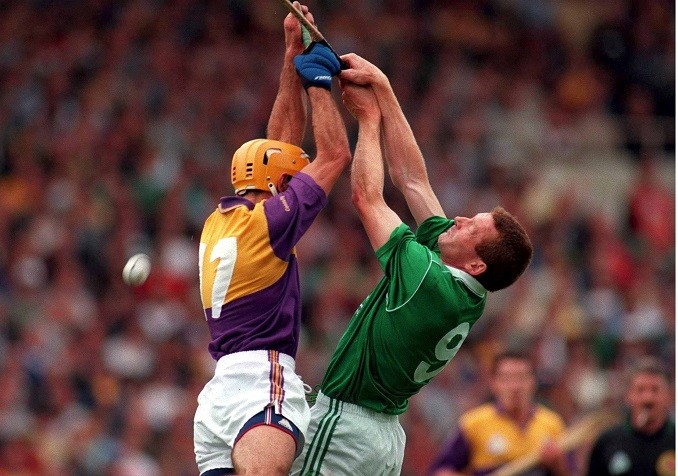 Just two years ago, O’Connor’s school, St Peter’s, went on a run that took them to a Hogan Cup final. His form caught the eye of the county’s then newly appointed senior boss Paul Mc Loughlin and a call up soon followed. O’Connor’s impact in a Wexford jersey was immediate, scoring the winning point against Dublin in an O’Byrne Cup match.

A mixture of relaxed and determined, you get the feeling when you talk to Barry O’Connor that he takes everything in stride. So, when he got a phone call about an AFL trial last winter, he was intrigued rather than worried or wound up.

“I got a call in October of last year to go along to a trial in UCD which is handy for me because it’s only across the road. It was on a Friday morning, so I said I’d go and see what it was like. Former Collingwood player and All-Ireland finalist with Down, Marty Clarke, took the session and I really enjoyed it. I didn’t think too much about it afterwards but got asked back to a combine - a bit like what they do for the NFL. A few weeks after, I got an email from the Sydney Swans. I went over in April and had a great time. I don’t know what happens next, but I went over and I loved it. Now I’m just waiting to see if I’ll be going back.”

He may have travelled thousands of miles to play a different sport but GAA was never far from his mind. While down under, he enjoyed the company of Sydney Swan and former Tipperary player Colin O’Riordan. The two would discuss home, as well as the latest issues in the GAA world. O’Connor also took any chance he could get to engage some of his Australian colleagues. “They were gobsmacked that we’re amateur players who might travel two hours to training and two hours back. They found it interesting that you play for the place you’re from, not whoever you sign with.”

He’s had a taste of the professional life at the top level but that hasn’t put him off trying to restore his native county to their previous glory. Last year they failed to win either of their Championship matches and this year their division 4 campaign was unspectacular. It might lead some to question why he puts in the effort he does, but he doesn’t see it as a burden. “Some people ask why I do it and I always tell them I do it because I want to do it, it’s my own decision. I do it because I enjoy it. I enjoy representing Wexford and the craic you have with the lads.” 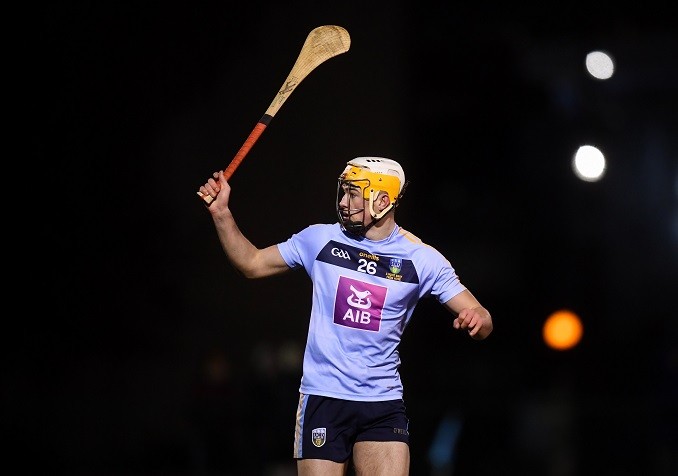 At the moment he’s unsure what the long-term future holds, but the immediate one is a date with Louth at Innovate Wexford Park this Sunday. O’Connor has experienced a lot in his relatively short footballing life so far, but if he starts this weekend, it will be his first in the Championship.

“I’ll be very excited to represent Wexford in the Championship this weekend. Playing these games is what you train for. I know there may not be a massive crowd, but to me it will feel like there is. We’re a young team but hopefully we can get a few results this season, although it’ll be tough against Louth.”

Whether the future is with the round ball, oval ball or small ball, you just know Barry O’Connor will pursue his goals with honesty and a determination. Traits Wexford could well benefit from when they face the Wee county in a big encounter this Sunday afternoon.