Gary O’Donnell: Fate as a Galway footballer sealed at age 10

It’s now 21 years since a wide-eyed kid called Gary O'Donnell stood outside the Burlington Hotel on the 27th of September 1998. But what happened that day, and the kindness of one famous stranger that night, lit the torch he still carries for Galway football.

Galway had just won Sam Maguire for the first time in 32 years with a team of superstars whom O'Donnell hero-worshipped. Anyone with maroon and white in their veins had gravitated to the traditional post-All-Ireland venue where half of Galway, serenaded by The Saw Doctors live, was letting loose.

“My older brother and a cousin and myself had got a taxi over from my cousin's house, we weren't meant to be there,” O'Donnell recalls, laughing.
“It was absolutely wedged, with as many people outside trying to get in as there was inside and the security guards weren't letting anyone in.”

In the midst of the mayhem, a man with a shock of blond hair emerged and stopped to chat to the three boys who told him of their plight.
With little prompting, he lifted young O'Donnell up onto his shoulders “as if I was his son” and took him inside.

“He found my family and left me off, and it was only when I was talking to my father and uncles after that they told me who he was - Plunkett Donaghy! I can still remember it like it was yesterday. It was unreal.”

Tyrone's legendary blond bomber was possibly persuaded by the fact that the little Galway lad had direct family connections with the new All-Ireland champions. 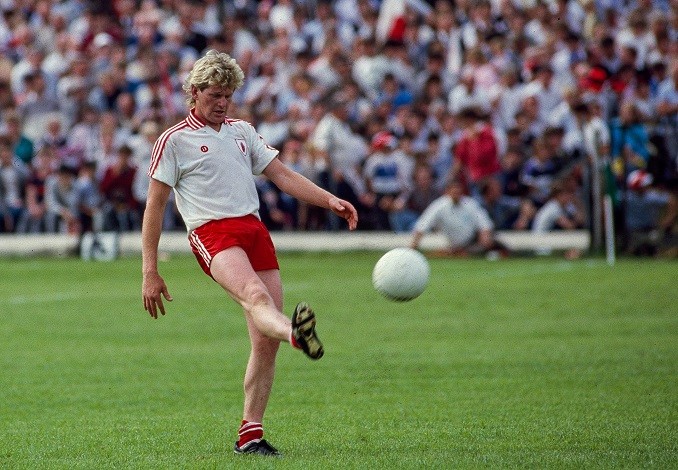 For Jarlath Fallon, one of the totems of the magnificent team of '98 is O'Donnell's first cousin, a nephew of his mother's and just one of the reasons that a boy who grew up in a hurling town (Gort) ultimately chose and excelled at the bigger ball.

“South Galway is all hurling and I'm fine with that. I played hurling and, like a lot of the lads, I was overlapping and playing both football and hurling. A few of them are playing hurling with the Galway seniors now, like Aidan Harte."

But fate dealt O'Donnell a few other cards, like two parents from Mayo and an influential teacher. “We were very fortunate to have a primary school principal from Rosmuc in Connemara who brought football into the school. I only met him a couple of weeks ago and had a long chat.

“So a lot of us played football too and we had a club called St Colman's, run by a local man called Kevin Roche, who owned the garage. We would have played at a lower grade but it was very enjoyable and we got to an All-Ireland Junior A semi-final in 2009 but, roughly two years after that, with no underage coming through, it disbanded. So, at that stage, I was nearly left club-less and Ja and a few others approached me and asked would I be interested in playing for Tuam and it just went from there.”

It was surely a fairy-tale, to play alongside the famous cousin whose trademark moves were copied by every kid in the county.

“Ja's jink was the big thing alright. We used to all try to re-enact it but were never as good. I'd a friend called Chris Finnegan and he used to love doing the jink when we were training at U12s but used to fall over half the time!”

O'Donnell quickly came to realise that Jinky Ja's seemingly effortless, elegant skills came off the back of a lot of hard work.

“He's a fitness addict, he still can't go a day without going to the gym even now and is still in great condition. But that team were all as driven. They were an unreal bunch of players – people like himself, Michael Donnellan, Kevin Walsh and Padraic Joyce – an unbelievable group skill-wise. But, from talking to him, they were all so driven. They had great attitude, a will-to-win and hunger. He says their training was just ferocious and that's the kind of atmosphere we're trying to build ourselves.”

Life has taken him full circle. Their midfield giant Walsh now manages him, and four seasons ago, O'Donnell became the first Galway player to lift Connacht's Nestor Cup since 'P Joyce' did it in 2008, his own first year on the county senior panel.

Under Walsh, Galway have reached three consecutive Connacht finals and won two.
They also came through the inaugural Super 8s last year to reach the All-Ireland semi-finals and O'Donnell admits this current Tribe would love to start making history of their own. 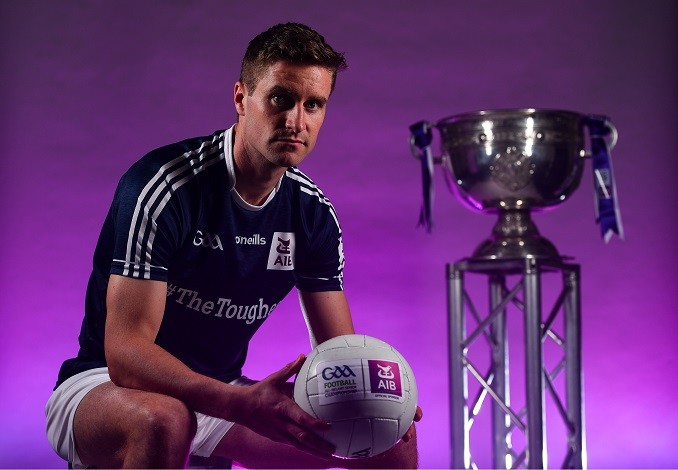 This year's banana-skin in Ruislip has already been negotiated and next up for the defending champions is a Connacht semi-final against Sligo on Sunday, in Markievicz Park (3.30pm).

“There's no doubt we have very, very talented players and have made huge progress the last couple of years and are heading in the right direction,” the 31-year-old veteran says.
“But, the time has come now to knuckle down and go that step further and try to get as far as we want and need to get now.”

He is also now teaching in another hurling town so, is he the trojan football horse in Presentation Athenry?

“Ah no,” he laughs. “I'd preach it and coach a bit but we'd still have a lot of lads in our school who play football as well as hurling. Tom Flynn and Killian McDaid both came through our school.”The boys of '98 came again in 2001, but on the 21st anniversary of their great breakthrough, there would be no better time for Galway to go all the way again and the memories of that team, whom even neutrals loved to watch, are still inspiring O'Donnell.

“It was the style of football they played, and the fact that they were underdogs too for virtually every game, against Mayo, then Roscommon in the Connacht final, against Derry and then the All-Ireland final. The whole country probably wanted Kildare to win that day but Galway came and played such a fantastic style of football! I have such fond memories of that time.”

“I lived it and now I'm in it so, I really understand what it means to younger people. I've nephews and nieces now that just love it and go to all the games and you'd love to give it back to them. It's like school in that way. All the people you looked up to at that time, who were so good to you, you need to do the same now as well.”