His native Mayo take on his adopted Armagh in Round 3 of the All-Ireland SFC qualifiers this Saturday, and the Belmullet native admits he’s “in a weird spot”.

“It does feel that way to a certain extent but, as I’ve always said over the years, it was an honour to play for both counties,” Padden exclusively tells AIB GAA.

“I grew up with nothing but Mayo around me and wanting to someday play for them, but it is a difficult one.

“I haven’t picked a side — I know people on both sides and I suppose I’ll be happy either way. At the end of the day, it is hard to forget your first love and that is Mayo. It’s what I grew up knowing and it’s the same for any kid in Mayo.

“At the same time, while I’d be disappointed if Mayo lose, I would then be supporting Armagh and want them to go as far as possible.

“I coached a lot of those players at Under-21 level when Stevie McDonnell was manager: the likes of Aidan Nugent, Jemar Hall, Niall Grimley, Aaron McKay, and I played with the likes of Blaine Hughes, Charlie Vernon, Mark Shields, Brendan Donaghy, Aidan Forker, Jamie Clarke and (Stefan) ‘Soupy’ Campbell.”

Padden gave great service to both sides, and a couple of the men he soldiered with during his Mayo days are still on the scene. He lined out in the 2006 All-Ireland final alongside David Clarke, Keith Higgins and Andy Moran — all of whom are still chasing football’s holy grail. 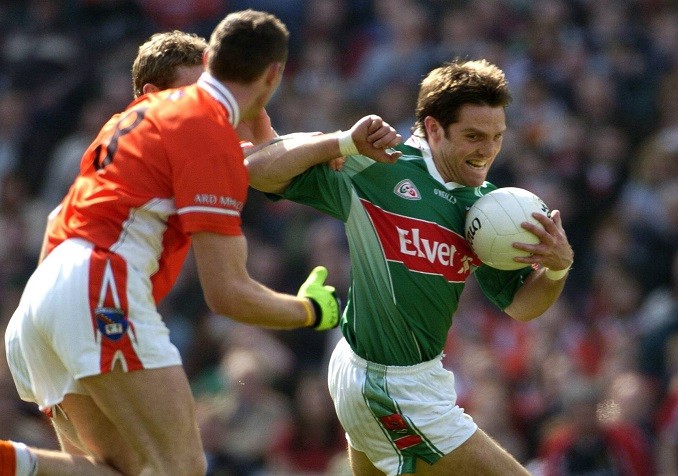 The versatile star won three Connacht titles with Mayo after first making his debut in a National League victory over Clare in February 2001. Then, in 2011, he finally made the switch to south Armagh club Carrickcruppen and linked up with Paddy O'Rourke’s county side. As it happens, Padden has played in Mayo-Armagh fixtures over the years, wearing both shirts at different times.

“I played for Mayo against Armagh in a league semi-final in 2005 at Croke Park,” Padden recalls. “They had a really good team and beat us (0-19 to 0-14), and I was midfield that day. I remember going to one ball and Kieran McGeeney nearly killed me with a belt when I ran into him: ‘welcome to the big boys’ is how it felt. There was nothing unfair in it.

“Then you had Francie Bellew in full-back behind him, so you knew this was the level it was at.”

Ten years after first donning a Mayo senior shirt in Castlebar, Padden returned to MacHale Park, but this time in Armagh orange. There was a warm welcome from a home support that understood his cross-country commute was no longer sustainable, though the Mayo fans might have favoured a different result.

“Yeah, we beat Mayo; Armagh won both games that I was involved in,” Padden remarks. “It was a bit awkward going back but nobody ever said anything negative to me. Even answering questions about it now is a little weird.

“I had transferred to Carrickcruppen and Paddy O’Rourke asked me in, and I decided I had no reason not to. I was apprehensive about playing against Mayo, but I did okay and got a nice reception. People knew my situation and I only ever got positive reactions.

Mayo’s fans are known for their incredible support of a team that has been on a long crusade for national glory. They won the league this year, but their eyes will always be on the biggest prize, which Armagh of course won in 2002.

“I think there are similarities with both support bases,” Padden says. “Armagh have a great following, very loyal, and when I was playing you’d always see those same faces traveling to the games. When they were going well, the following was similar to what we’ve seen with Mayo in recent years.

“It’s now like a badge of honour to support Mayo. Even though the team hasn’t won the All-Ireland, there’s that pride in following them, it’s unique and people get such enjoyment from this team.

“I was covering the game against Down in Newry last weekend and even an hour after the game, kids in Mayo jerseys were still on the field getting autographs. People remarked to me how the fans had shown up in Newry at 2pm and hadn’t left until midday on the Sunday.

“I think the injury to Diarmuid O’Connor (fractured wrist) puts Mayo in a tough spot and I feel a little bit sorry for (manager) James Horan,” Padden adds. “They’ve had a lot of bad luck, when you consider Donie Vaughan watched the game from the stands last week, Seamie O’Shea is out, Tom Parsons won’t be right, Matthew Ruane is injured, and Cian Hanley has left the panel.

“Diarmuid has that big-game mentality and an engine, so that’s a huge loss, and the injuries might just catch up with Mayo even if they get through against Armagh — they need to get through seven games to win Sam Maguire.

“Cillian O’Connor doesn’t have a lot of game time under the belt and they might just have to get him back in this weekend. He also has that mentality and he could give the team that spark.” 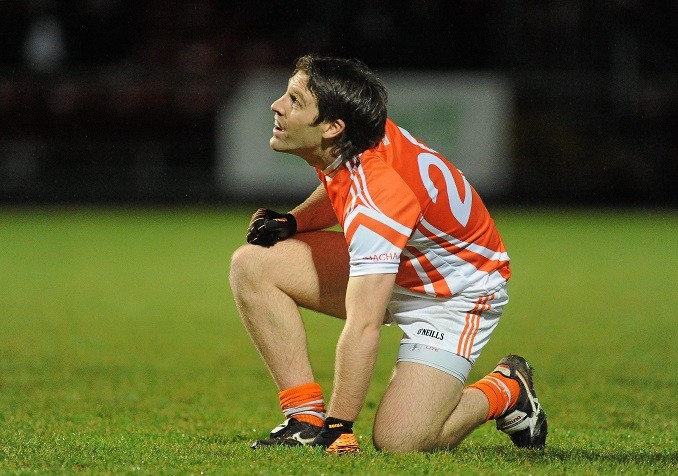 Armagh were sensational in the win away to Monaghan last week, with many of the plaudits going to the inside line of Rian O’Neill and Jamie Clarke. Padden helped coach a number of these young Orchard stars and remarks on how so many of their forwards are two-footed.

He also notes the midfield prowess of Jarly Óg Burns and Niall Grimley, but still feels that Mayo have the power to break even around the middle battle zone.

“Look, I think it will be very close and I do worry about Mayo’s injuries, especially now with Diarmuid gone,” Padden says. “Still, it’ll be very close, and I think Mayo by a point or two.”