Sean Armstrong joined the Galway Senior Football panel with quite the reputation.

He had been one half of the fearsome double act that shot the Tribesmen to 2005 All-Ireland U-21 glory, scoring 3-1 against Down on the same day that Michael Meehan pitched in with 3-2.

Peter Forde was manager of the senior side in 2006, and they were under pressure by half-time of a Connacht semi-final clash with John Maughan’s Roscommon.

It was the first, and one of only three times, that ‘Armie’ would play against the Rossies, and his boss left him in little doubt that it could be a short-lived outing.

“I think we were six points to one down at half-time,” Armstrong tells AIB GAA. “Peter Forde says to me, ‘you have ten minutes to get into this game or you’re off!’

“We went out then for the second half and from the throw-in, Niall Coleman went up and came down with the ball. He lorried it into me, straight into my hands. I turned, hit a shot, and it went in through the goalkeeper’s legs!

“I’d have always had a good relationship with Fordey because he was my U-21 manager in 2005. After the Roscommon game, he gave me a bit of a smirk and a clap on the back and said, ‘that got you going!’. I have great time for him, he was a manager ahead of his time.”

This Sunday, Galway and Roscommon meet in the Connacht final for a fourth year in a row. Armstrong came on at half-time of last year’s victory but missed the heavy defeat in 2017 due to injury.

The Salthill-Knocknacarra man, who retired for a second time at the end of last season, spoke of complacency after that 2017 game, but doesn’t think there’s any possibility of a repeat this time around. 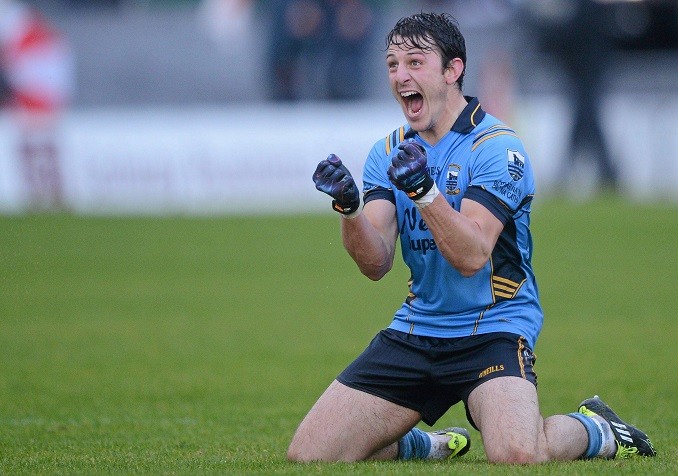 “There’s no way there will be any complacency this time,” the 33-year-old says. “In 2017, we had come off the back of beating Mayo for the second time in championship.

“Whereas Roscommon had beaten Leitrim, and that’s no disrespect to Leitrim, but maybe we assumed we were better than we were.

“Maybe we took our eye off the ball, and then Roscommon bamboozled us in the first 15 minutes. In 2018, we didn’t take anything for granted.

“This time, Roscommon are after beating Mayo in Castlebar for the first time in 33 years, and this against a Mayo side that were supposed to be the only team who could put it up to Dublin. So, there’s no way Galway will take this lightly.”

Armstrong first stepped away for the inter-county scene at the end of the 2014 season, missing each of the next two campaigns, but was lured back by manager Kevin Walsh for 2017. Injuries pockmarked his career and bulging discs ensured he had to retire again this past winter.

His last outing was on St Patrick’s weekend this year, in what was a 20-year reunion of his Under-14 Féile side taking on a Salthill club legends side at Pearse Stadium.

“I couldn’t walk for about three days after it,” he laughs, “but it was a great day out. I don’t regret going back with Galway because I’d always have wondered ‘what if?’ if I didn’t.

“We had a bit of success too, I was happy with some of my performances, and it was a very professional set-up. It was easier to step away this time around. Old age has caught up with me!” 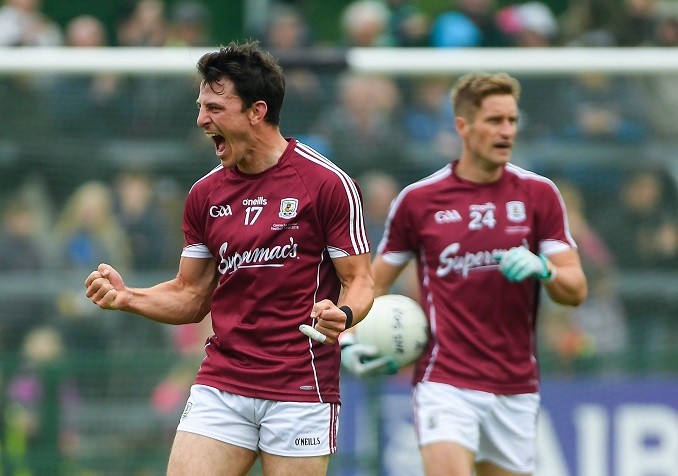 He admits that he misses the dressing-room environment, and name-checks the likes of David Wynne, Shane Walsh and Eamonn Brannigan. “We have some gas characters in there. They used to call me grandfather because of my bad back!

“It was a very different environment with this group compared with when I first joined the panel. Back then, I remember chatting with Finian Hanley and Michael Meehan about how all of these lads had two All-Ireland medals in their pockets already.

“There were no egos there, but for us coming in, you’d feel inferior and you’d be afraid to try to take a leadership role when you’re in there with all these legends who you watched from the stands as a 15-year-old. Padraic Joyce, Derek Savage, Ja Fallon — all those legends.

“You felt it was better to say nothing. But, that was just how we felt ourselves, not how they made us feel.

“This group now, everyone is on a level playing field. No one has won All-Irelands and they’re mad to do well.”

Gerry Armstrong, the former Northern Ireland soccer star who played at World Cup 1982, is a first cousin of Sean’s dad, and the latter played the sport when he was a youngster.

“Soccer was never really going to happen for me,” says Armstrong, “we’re too much of a GAA family.

“I wasn’t anything special. I played a bit of Kennedy Cup with Galway and had a few trials with Ireland underage, but I wasn’t the near the best. Stephen O’Donnell, who went on trial with Arsenal and played for Dundalk, was outrageously good.

“He was head and shoulders above everyone else, just so classy. When you see that he struggled at Arsenal, that tells you how hard it is, so I wouldn’t have been close to that. Stephen was very unlucky with injury, he had three operations on a Gilmore’s groin before he was 17, so he didn’t get the rub of the green.

Armstrong’s eyes will be firmly fixed on Pearse Stadium this Sunday at 4pm, with the Tribe looking to retain the Connacht crown for the first time since 2002-03.

“I think it’s going to be a real fight,” says Armstrong. “It might be a defensive game, possibly low-scoring. With Damien Comer out, we’re without the option he provides as a target-man. I think we’ll leave Shane Walsh, Ian Burke and Michael Daly up, and keep everyone else in a defensive system.

“I’d imagine Anthony Cunningham won’t leave them alone so there will be a sweeper back for Roscommon. So, it will be cagey enough. We can’t afford to leave the likes of Conor Cox and their other forwards one-v-one either.

“Maybe my heart is ruling my head, but I think Galway might win by four. There could be some bias in that!”