The Joe Show – Sheridan on why Meath can challenge Dublin

“Oh, definitely. Yes”, is the firm and positive response you get from Joe Sheridan when asked if he feels the Meath footballers are coming back as a force to be reckoned with. There’s a joy in his voice when he speaks about their current form, in the last few years he’s gone from player to fan and it’s a role he seems to be enjoying. In recent weeks, he has enjoyed watching on from the terraces as the Royal County ascended to Division 1 and have built on that by reaching the Leinster Senior Football Final. A first provincial decider for Meath since 2012.

Reflecting on where the upturn in form has come from, Sheridan is quick to point to manager Andy McEntee who’s now in his third season in charge. “You think back a few years when we lost a few leads in big games and the lads took some hard-psychological blows. But, he’s built them back up and they’ve achieved a bit of consistency”.

It’s clear Sheridan has a lot of time for the current Meath boss who once tempted him out of retirement to play between the sticks.

“I would do whatever I could for Meath football. Andy brought me back as a goalkeeper although I thought I could push myself and get back and challenge for an outfield position! A lot of the guys I played with at that time are still in the squad now and I know how dedicated they are and the work they’re putting in. So, I’m not surprised with the improvement they’ve shown recently”.

Meath’s last win against Dublin in the Leinster Championship was back in 2010, Sheridan contributing a goal in a shock 11-point win, a result he readily admits was overshadowed by the controversy that happened in the subsequent Leinster Final against Louth. Considering the differing journeys both teams went on in the year afterwards, he looks back on it with mixed feelings. 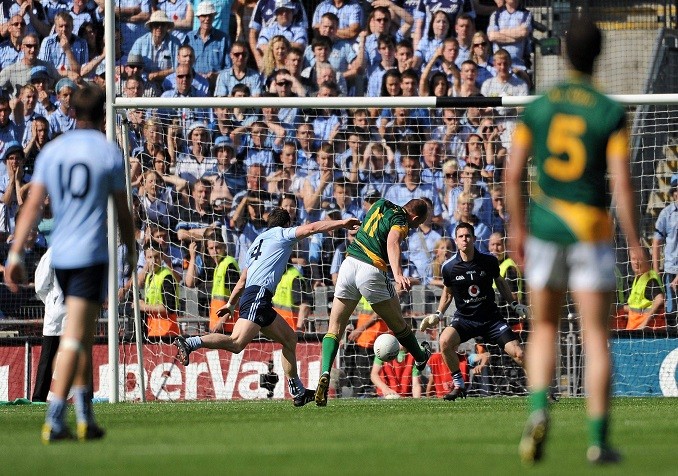 “We had some fantastic footballers back then. That day we confused Dublin with the rotation in our forward line and we could sense a weakness. It was a great win, but from a Meath point of view it was a pity following that as we seemed to regress for the next few years while they went on to win four All-Ireland titles. But on that day in 2010, we were the better team and it’s a pity we couldn’t move on to challenge for All-Irelands in the years that followed”.

That title in 2010 was Joe’s, and many of his Meath comrades’ only Delaney Cup. Despite the controversial manner in which it was won, Sheridan insists it’s a medal he treasures, and brands talk of a ‘tainted’ victory as disrespectful. The Royals snatched victory from the jaws of defeat after Sheridan carried the ball over the line rugby style for a goal in injury time - a goal which should have been disallowed and denied the Wee County a first provincial crown since 1957. On that incident and his role of pantomime villain, Sheridan argues, “look at sports across the world and you see things going against teams. Human error comes into play and that’s just the way it is. If a decision had to have gone against us, I’d still say the same”.

So, what about this weekend, can Meath cause an upset and become the first team to beat Dublin in Leinster since their last win over their neighbours nine years ago? 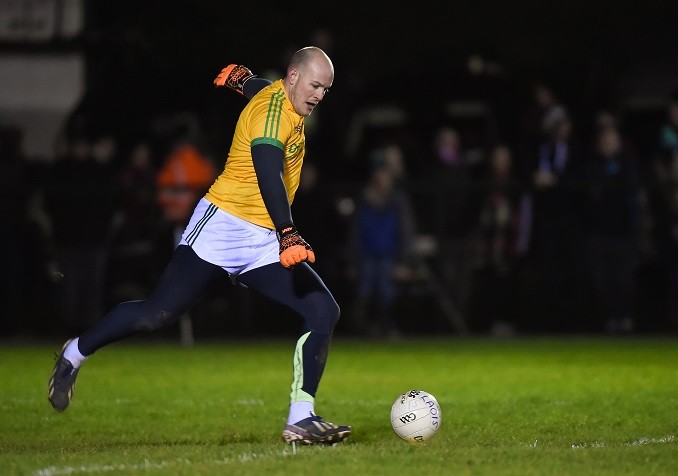 “I don’t want to put too much pressure on the lads, but I think they can give Dublin a good game on Sunday. I’d like to think we can put it up to them. If it’s a bad day for Dublin and a good day for us, anything can happen. But, even if Dublin play well I don’t think it will be a white wash.

“There’s a squad of players now who are absolutely dedicated to Meath and we’re moving in the right direction. We have some quality footballers on the team. But, it’s great to see the likes of James Conlon coming on and kicking 5 points (against Laois). Donal Keoghan is consistently good and it’s great to have Micky Newman back. If we can instil a bit of confidence with some good performances this season, who knows where it might take us in the near future.”

Sheridan might be finished up playing for Meath now but his love for the county still burns bright. His admiration and respect for the current Royals manager is clear and even if Sunday doesn’t go their way, they’re looking to the future with hope.