Hurley on the relaxed approach behind Rebel rollercoaster

Things are looking up for Brian Hurley and the Cork footballers.

The air of negativity that pervaded over Leeside over the last number of years is lifting, and they’re putting it up to the big boys once more. Limerick and Laois were put to the sword in the Championship while two of the heavy hitters, Kerry and Dublin, had their hands full in full blooded encounters with the Rebels. Their Super 8s journey continues this weekend with a seismic clash against Tyrone: win, and Cork can welcome Roscommon to Páirc Uí Rinn with a semi-final spot on the line. If they lose, however, the dream is over for 2019.

Hurley has overcome a couple of career-threatening hamstring injuries to make it back to this stage. The Castlehaven man has blasted 5-7 this summer and looks to be back near his very best, and no doubt the in-house competition for places is driving him on.

When asked about the brighter mood in the county, Hurley says: “Yeah, we are in a bit of a bubble and, being honest, you just concentrate on what’s going on within the group.

“Whatever people are saying and thinking, you have to brush that aside because it’s all about the group.

“There’s a great buzz in training, we don't feel like we’re far off where we need to be. The bit of craic and slagging is there too. In the past, things have been dead serious in there, but times have changed, even social media and things like that, and you can have a bit of fun.

“We have a playlist going at training, some good tunes that give us a giggle, and that includes management. ‘Belter’ by Gerry Cinnamon is definitely a song that would get one or two spins

“It creates more of a relaxed environment. But look, we’re working hard to try to get back up that ladder.”

Hurley was part of the Castlehaven team that had Harry Redknapp on board as manager during AIB’s ‘The Toughest Rivalry’ series last year, and a lot of what is going on just now with Cork aligns with the legendary soccer manager’s approach.

“One-on-one, I found him excellent,” says Hurley. “You can see why players play for him because he’s so relaxed. I asked him why he tends to buy a lot of the same type of players over the years, the dogged ones, and he said he likes aggression and people who get stuck in.

“He talked a lot of sense — asking why was I looking for contact with players when I had the speed to go around them, or why not just give it and go?

“He just wanted you to go out and enjoy what you were doing. He loved the amateur ethos and how you were playing with your friends and family, and how different that is to the world of professional sport and all the money there.

“He would be dead serious before a game but then he’d just joke with the players to relax them — he has a great way about him. He didn’t know too much about GAA but it’s all about how he deals with players — I’d say if he knew nothing about hockey, he could still take a team over in the morning and do well.” 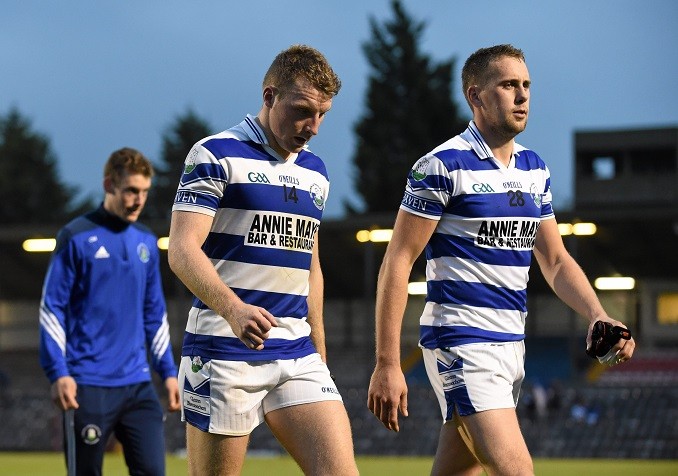 Cork have had a hectic schedule in recent weeks. They played Laois in a Round Four qualifier on July 6th, and this will be their third of five weekends in a row on the field.

They gave a strong showing for more than an hour against Dublin at Croke Park last weekend, but the four-in-a-row champions pulled away late on to win by 13. Hurley points to how ruthless Jim Gavin’s side are, the “calibre of their bench” means you now need to play for 74 minutes now, not just 60.

“The Super 8s are new to us, and you don’t have time to dwell on things or look for a pat on the back,” says the inside forward, ahead of this weekend’s clash with Tyrone. “We went to Dublin on Friday, had the game on Saturday, reflect on the way back down to Cork, recovery on Sunday, and straight back into the preparation again.

“If you have a knock, you have to get it sorted right away. I think the sea is great for recovery and my house is only 30 yards from it, so I was there the night after the game when it was raining — I grew up in it.

“I go to the cryo baths, I use the leggings and the recovery pants. I like to tick all the boxes and do anything that might help the body a little. Before a match you feel great, but afterwards you feel like you’re in your mid-30s,” he jokes. 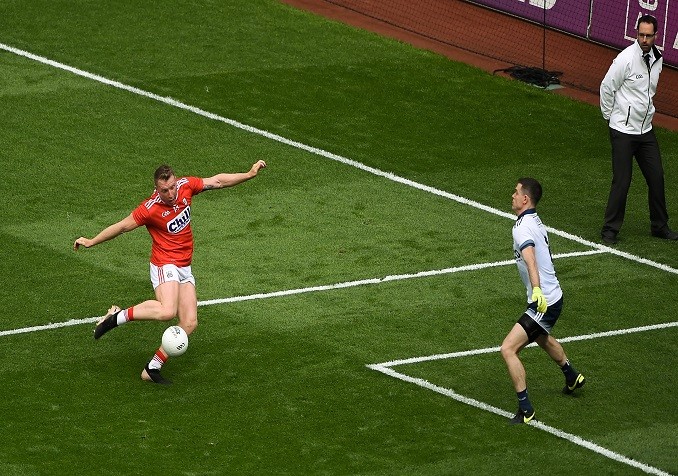 Hurley explains that he used to focus on doing weights and getting bigger, but he began to notice how NFL and AFL players put a huge emphasis on recovery, stretching, and building their core. It’s a road he’s gone down and is helping keep him right.

When he thinks back to the long spells he had away from the field of play, and the long hours of rehab, he can’t praise the Cork medical team enough. Team doctor Aidan Kelleher slept on an armchair beside Hurley’s bed when he went to get surgery in London, now departed physio Brian O’Connell did his one-on-one sessions, while Dr Con Murphy and Colin Lane all helped “make life easier when I was having a bad day and kept pushing me to get back”.

“We’ve gone from Laois to playing Dublin,” he says, “and a random draw to a group of four set in stone. So, what we have had to do is focus on ourselves — get our house in order and try to be in good nick for the next game.

“It’ll be a third game in three weeks, so we’ll just try to tick every box in preparation for the game against Tyrone, which will be a huge challenge.”