Padraic Joyce on losing to Mayo and no home comforts

Watching the green and red stream onto the field after a Connacht final defeat in Tuam 20 years ago was nothing short of a sickening, empty feeling.

We came into that 1999 provincial decider as All-Ireland champions, and manager John O’Mahony had us right, but we just didn’t play well. The Mayo fans stayed in Tuam for a long time that night — maybe the pubs were closed in Mayo! Some were wearing their straw hats with the county colours on, and it all rubbed salt into the wounds.

John Maughan was raised high up on the shoulders of the Mayo fans, while we stood there watching Kenneth Mortimer collect the Nestor Cup knowing it would be another nine months before we could start the process once more and try to redeem ourselves.

Mayo had lost the All-Irelands in 1996 and 1997, and then we came along with a young team to win it the following year, managed by a man from their own county: John O’Mahony. That must have hurt them to no end, and we thought we had a team to go close to retaining the title in 1999. 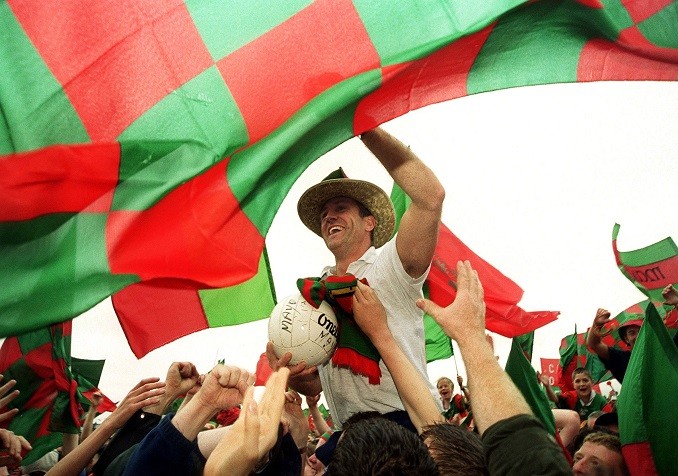 When I was playing for Galway, I had a huge rivalry with Mayo which bordered on hatred, but when we played we had that feeling for everybody, because it’s what you need to beat good teams. After all, you’re chasing the same goal. Thankfully, I have mellowed out in my old age and I have a huge respect for what Mayo GAA have contributed over the years. They have produced some of the best footballers in the country, with the likes of the Mortimer brothers, Ciaran McDonald, James Nallen and David Heaney. I got to know some of their current players from being involved with the International Rules, and I have huge respect for them. They gave everything to the cause down there, and the way they drove the whole team was remarkable. You could rely on them heading into battle with the Australians.

There is every chance of this game spilling over with so much on the line, and I think it will be a cracking match — with skin and hair flying. My daughter Ava said as soon as Mayo beat Armagh, that we would draw them next weekend. I smiled and thought, what a game that would be.

Galway have had the upper hand in this rivalry for the past couple of seasons, but I think the physical stuff has only been handbags. The safety net of the backdoor took some of the edge off the recent Connacht clashes. There will be a lot more physicality in this game because it’s do-or-die between these counties for the first time since 1999. The loser will get nine months to repent; the winner a trip to Killarney in the Super 8s the following week.

In many ways, Mayo and Galway are in the same boat, and the vessels have taken on plenty of water. When you think about it, the two teams share a number of common issues. Both full-back lines are there to be got at, Kevin Walsh and James Horan have a mountain of injury concerns (around midfield especially), and both have had to pick up the pieces after losses to Roscommon. Not only that, but the two attacks are hoping to get some sort of spark from star players who have been out for a long time: Damien Comer and Cillian O’Connor.

O’Connor came in against Armagh and Comer came back for Annaghdown, but the latter only played ten minutes and is very rusty at this stage. It’s one thing being fit for training, but something entirely different being ready for a huge championship game with so much on the line. 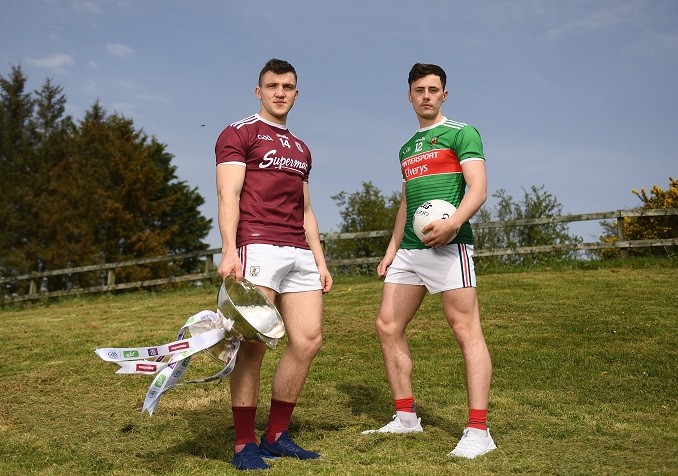 I don’t think the venue of the Gaelic Grounds in Limerick makes any difference to either team. Mayo have played championship matches there in recent years, and I’d imagine both have met the likes of Cork and Kerry in challenge games on Shannonside over the years, so they’d both know the place well enough. It’s a huge field with a brilliant surface, and I reckon that will lead to an open, entertaining game. It’ll be some test of the N17-N18 motorway having 30,000-odd supporters coming in the one direction on Saturday evening for 7pm.

There’s been a funny mood in Galway since losing to the Rossies. We played very well in the first half and were up by five points at half time, but we never pushed on and the players didn’t stand up in the second half. I’d imagine some of them were afraid to show their faces afterwards, but they have a chance to put it right against Mayo.

It’s a chance for redemption but I hope the players have watched the Roscommon game back a few times to see where they can improve. I’d like to see us keeping three to four players up inside our ’45, and I think we need to tag certain players in the way we failed to do against Roscommon — their wing-backs were able to go up and down unchecked all game.

I thought James Horan might have liked a clean slate when he came back as manager, but he obviously doesn’t have players better than those who were already there. Darren Coen has stood out though. He’s been a revelation and is a confident kicker. Aidan O’Shea is playing outstanding football at midfield and is keeping the show on the road for them. The flipside is that they’re struggling at the back and have a lot of injuries with Matthew Ruane and Diarmuid O’Connor out for the season, and Lee Keegan picking up an injury against Armagh. Mayo have a bit of momentum now after going to Newry and getting a win against Down, and then beating a good Armagh team, although they did get a rub of the green.

Galway went back to their clubs to play a round of club championship after the Connacht final; our lads should be chomping at the bit now and will want to set the record straight. It will take a huge team effort, and I'm hopeful that Mayo don’t get as many gifts as they did against Armagh last week. This Galway team will win it once they are focused and up for the biggest challenge they will have ever faced from the Green and Red